The Hornbill Festival has become very popular of late. It is not that hard to visit nowadays and I have already made a guide about it in my other blog. However, I am receiving a lot of queries from hardcore backpackers, solo travellers, especially budget travellers, regarding the expenses during this festival. The other kind of people with queries are vegans or vegetarian travellers, who are worried about food options, which is understandable. There are some who belong to both of these categories and it can be really difficult for them! This is why I have decided to make this guide for budget and vegan travellers.

Hornbill Festival on Budget for Backpackers

Nagaland is somewhat expensive to travel around. Especially, at the time of the festival, the prices may shoot up. As the festival has become too popular over the years, the demand has increased and so have the prices. 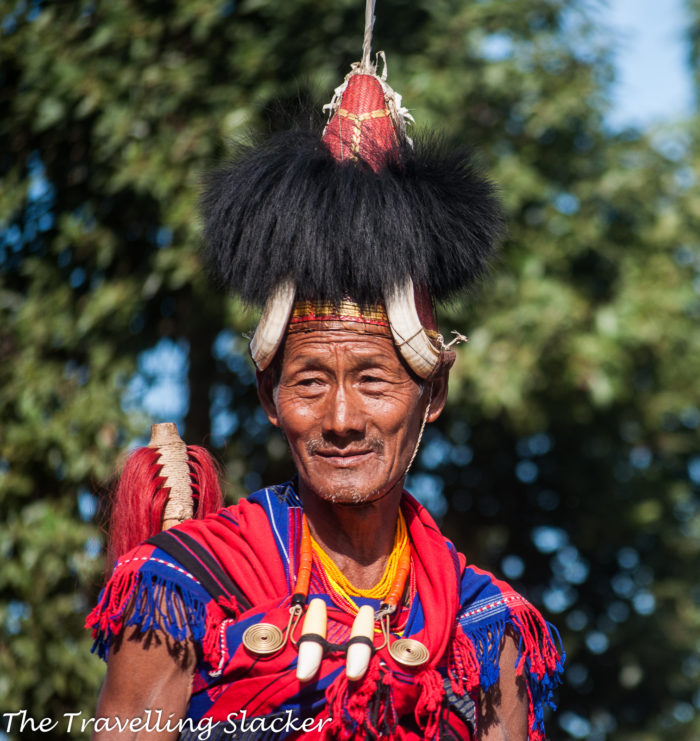 To be honest there are no genuine budget options around Kisama Heritage Village (Which is the venue of Hornbill Festival). Anyway, here are the options you have.

This is the most popular mode of accommodation around the Hornbill Festival. These are generally absent throughout the year and only come up at the time of the festival. Many tour operators from Guwahati, Imphal, & even other parts of India set up campsites during the festival. They should generally cost at least INR 1500 per head including food.

There are some homestays in the neighbouring villages along the highway and their numbers are increasing every year with the growing tourist influx. However, none of them are really cheap. One room in these homestays can cost anything between 1500-4000!

I did stay in a homestay in 2017 but I had teamed up with 3 other bloggers and we stayed in a not so fancy room where 4 people shared the cost (1600/4), that too after significant bargaining.

Bring Your Own Tents

This is sort of a grey area. Some people carry their own tents and some of the travel agencies with campsites let them pitch the tents near their spot for a smaller fee. However, I am not fully sure if it works with everyone. Also, you will still need help for the bathroom and other facilities, apart from carrying everything on your back.

If you are a solo backpacker in Kohima, this is the best option for you. The backpacker hostel culture is still new in the Northeast and most places do not have this option. However, Kohima does although they are still more expensive then what you have seen elsewhere.

The cheapest basic backpacker hostel in Kohima is Ecostay Hostel (near the WWII Cemetary). Even it costs INR 550 per person per night (I have found cheaper hostels in Delhi and Bangalore). You get a bunk bed in a shared room and access to good western bathroom.

A slightly fancier and more famous option is Morung Lodge. They have expensive rooms, as well as dorms. A dorm bed cost INR 800 in 2017. Not sure how much it is now. It is a nice place and they offered good complimentary breakfast. But still, for me it is too much for a dorm!

I once had to spend a night in a budget hotel near Kohima NST bus stand and it was a nightmare. I was stuck at night and had no option. The room was in 2nd floor while the public bathroom was in the ground floor. Let’s not talk about hygiene. They still charged INR 400! AVOID

Kohima does have bigger and better Luxury Hotels but they are way beyond the budget of backpackers like me.

Now, let us discus the other tricky part. Nagaland is a hardcore meat-eating area. So, it is always challenging for vegans and vegetarians. However, I have figured out that it is not that hard to manage either. It may be more difficult in the interior areas of Nagaland but Kohima and around is fairly cosmopolitan and there are many options.

If you are already staying with some tent providing company, their rates also include food. They will provide vegetarian options too. But I am not sure about the food quality. Let us face it that most people are there to eat smoked pork, drink rice beer and make merry. So, you are more likely to be an afterthought in their schemes.

I found surprisingly good vegan food at the Vicha Paying Guest Homestay in Kigwema. It is not their natural thing but they were sincere about it and I was happy with what I got. So, some of these homestays may surprise you.

There will be more than a hundred stalls around the Hornbill Festival Venue at Kohima. However, just like the tents, in this case, also vegans are not the target base. There will be a few options but you will have to search for them in the crowd. Also, everything around the festival venue is very pricey.

There should be some local restaurants along the road from Kohima to Kisama, Kigwema, Jakhama, and Viswema (Dzukou Valley route). They can offer basic food like plain chowmien etc in case of an emergency.

Situation is much better within the city of Kohima. It is a big city with various types of restaurants and all options should be available at reasonable rates. I have even noticed south Indian restaurants in the market. The most surprising discover for me was the one called Yaotsu’s Veggie-Table Restaurant. It is located near the Kohima WWII Cemetary. It is run by some guy from outside and as the name suggests, it can save lives of usual North Indian vegetarians.

Another issue that bother budget travellers, especially if you are not a biker, is public transport. However, this is not an issue with Honbill, at least during the day. Local shared cars leave from Network Stand (Don’t confuse it with the NST Bus Stand) and you can getr down near Kisama for INR 40-50. However, options will be limited after dark and hiring cabs individually will be expensive.

So, here is the deal. If you are a solo budget traveller and also vegan or vegetarian, you wil get more options in Kohima city compared to Kisama Hornbill Venue. However, in order to fully enjoy the festival, you need to stay near the venue as there are a lot of festivities after dark too.

In short, don’t expect it to be like Himachal or Rajasthan. This is a different region with different realities and a different society. You can still do it at a reasonable cost if you make the right choices. It may be useful to team up with 2-3 like minded people for better bargains. I am also a solo traveller but I had to do it too.

How to get Nagaland Inner Line Permits