Throughout their history, the Nagas have enjoyed a quite a reputation among their neighbours. They were fearsome warriors, never exactly subdued by anyone till the advent of the British and even they faced stiff resistance for decades. These regions were rarely explored by the outsiders and most of the state, except a couple of bigger towns, remained unknown to the world. Even in the 21st century, only a few of the gems of the Naga Hills have been unearthed.

The present state of Nagaland came into being in 1963, with Kohima as its capital. It is surrounded by Assam, Arunachal, and Manipur. It also shares the international border with Myanmar. Currently the two largest cities in Nagaland are Kohima, the capital city developed by the British, and Dimpaur on the border of Assam, which is an ancient city that served as the capital of Dimasa Kingdom in the middle ages. 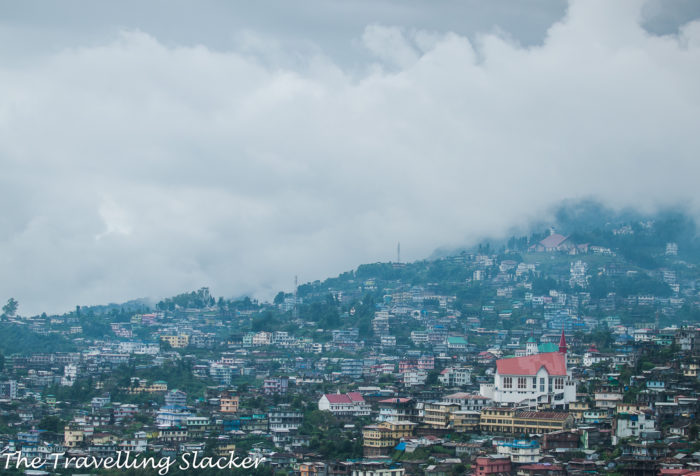 The Dimasas who inhabit the area around Dimapur are not Nagas but are related to Bodo-Kachari groups found in Assam. On other hand the Nagas are also divided among several clans, all of whom have different languages and culture. Some of the most prominent Naga Clans include Angami, Ao, Konyak, Zeliang, Lotha, Sumi, Sangtam, Yimchunger, Chakesang, Rengma, etc. In fact, their respective languages are so diverse from each other that a connecting language called “Nagamese” has developed here. It is based on Assamese, with a sprinkling of local words.

In spite of their fearsome reputation, the Nagas are generally a jovial lot. This aspect has become clearer with the success of the Hornbill Festival, the annual event that was started to promote tourism in Nagaland. This takes place every December and this is where the traditional cultures of Nagaland makes a heady combination with western music, local rice beer, and much more. The festive ambiance of this event is one of the best things to be experienced in the entire Northeast, and a great way to kick-start a visit to Nagaland.

Kohima, is a well developed city with a lot of attractions on its own. From the remnants of the WW II, to surreal landscapes of the Dzukou Valley, and from the near-vertical rice terraces of Khonoma to the picturesque Tourist Village of Touphema, there is much to be done here in Kohima apart from attending the Hornbill Festival.

The other areas of Nagaland still remain minimally explored. However, the Mon District, the abode of the Konyaks, the tattooed headhunters, is gradually becoming popular, as is Wokha, which boasts of a remarkable conversational success story of Amur Falcons. Other districts such as Mokokchung, Phek, and Kiphire also have their own stories to tell and sooner or later they will come to the fore too.

Kohima is the capital of Nagaland and the epicenter of Nagaland Tourism. The Hornbill Festival takes place in the outskirts of city and many popular detsinations in the state including Dzukou Valley, Dzulekei, Khonoma, Touphema, etc are also located ain the 30 KM radius of the city.

Dimapur is the gateway to Nagalnad, on the plains of Assam. It is a big city and although it does not offer much touristy vibes, it has a few attractions such as the ruins of Dimasa Kachari Kingdom.

Mon is the land of the Konyak Nagas, famous for the tattooes and their longevity. Headhunting practices in Nagaland were also famous.

Search
Support us on FB
ABOUT

Periplus Northeast (Periplus NE) is an attempt to provide genuine and comprehensive information about North East India. It intends to be the most comprehensive Northeast India Blog for backpackers and other travellers.

Periplus NE is open for all sorts of collaborations. There are different options for travel writers, local entrepreneurs, and established businesses.