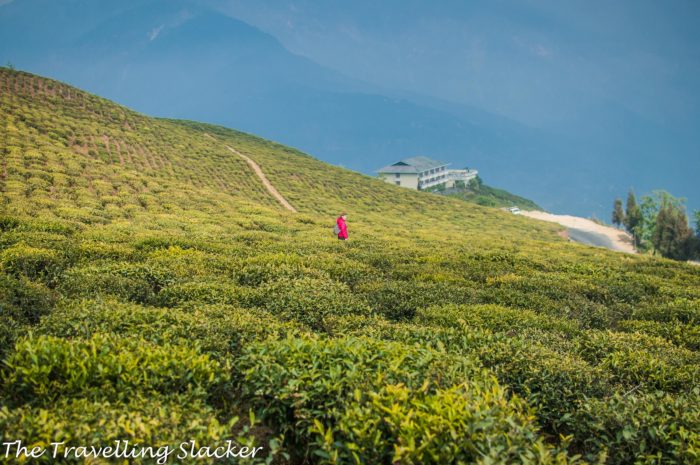 If you are familiar with the NE, you must be knowing already that you need tourist permits in Northeast, at least to enter some of these states if not all. However, it can be a confusing exercise. Some states need it, some don’t. Rules and regulations are different for each and everyone. It is also different for Indian and foreign tourists. So, here is a comprehensive guide to getting your ILPs in various states of NE.

How to Get Tourist Permits in Northeast India?

These are tourist permits in Northeast that is required to visit certain states. There are specific rules and regulations for obtaining the same. It is something like getting visa for a country but don’t get alarmed, the processes are much simpler and at least for tourists it is a mere formality.

ILP vs PAP vs RAP- What’s the Difference?

You may have come accross various terms in this context, like Inner Line Permit (ILP), Protected Area Permit (PAP), and Restricted Area Permit (RAP). There are some small differences but in general, I suggest you don’t get confused by the names as all of them are tourist permits in Northeast. The purpose is the same, to have some control over people visiting certain areas. In short,
Inner Line Permit (ILP) is for the Indian tourists visiting certain states of the Northeast.
Protected Area Permit (PAP) is for foreigners (non-Indian citizens) to visit these states of Arunachal and Sikkim.
Restricted Area Permit (RAP) is and additional permit required for foreigners (non-Indian citizens) to visit certain areas of Sikkim.
PS: Do note that RAPs are also needed to visit some other frontier areas of India but I am restricting the discussion to NE.

Why ILP is Required?

The origin of such restrictions are due to historical and geopolitical reasons. As mentioned already, these areas have been historically and cuturally different from the rest of India. Also, they are located in the sensitive border region surrounded by several other countries (During the Indo-China conflicts of 1962, the People’s Army crossed Arunachal and reached Assam, before declaring ceasefire). Also, insurgency exists in many parts of the region, as various ethnic groups over the years have tried to assert their identity with armed struggle. Although the situation as comparatively calmed down over the years, some formalities and restrictions are still observed.

Is it hard to get an ILP?

It is not hard to get an ILP or any other permit as a tourist as tourism is generally encouraged and no one wants to make them unhappy. So, as a tourist you should not have much problem. However, if you are seeking the permit for some other purposes including business, rules can be stricter and frankly I am not the right person to explain the same.
Also, there may be some additional criterias, especially for foreign tourists, which is discussed in the next section.

There are some additional issues for foreigners seeking PAP

The rules are different for Indians and foreigners and sometimes they are even counterintuitive to the point of being hilarious. For example, in some states foreigners don’t need permits anymore but Indians do!

Yes, only for Indian tourists. There may be some confusion in this regard because earlier Manipur required PAP for foreigners.  But that requirement was removed and for a while, nobody needed any permit for Manipur. However, in December 2019, it was introduced again in Manipur, only for Indian visitors!

There are various ways to get the Arunachal ILP.

Read the following post for details of Arunachal online ILP.

You need to apply for ILP at New Delhi, Kolkata, Shillong, Guwahati or Dimapur offices. The good news is that at least for tourists they are not very strict. Even a friend or tour operator living in one of these cities can get these done for you. All you have to is to mail them a copy of your passport photograph and ID.
Nevertheless, online ILP is now available for Nagaland and so you do not have to go through the above processes. Read the following post for details.
How to get Nagaland ILP Online?

Mizoram ILP can be taken from at the designated offices at New Delhi, Kolkata, Mumbai, Guwahati (Assam), Shillong (Meghalaya) and Silchar (Assam). You need to provide 2 passport photographs and a copy of your ID.

ILP can also be obtained on arrival at Lengpui Airport, which is the only airport in the state near Aizawl. The same documents as above will be needed although the rate is a bit higher for this.

Manipur ILP has been recently introduced for Indian tourists. There is no online system and nor do you need to go to any office but get them at various entry points of Manipur including the airport and the land crossings. Read the following post for more details…

How to get Manipur ILP?

While you don’t need ILP for Sikkim, you need to acquire a special permit to enter certain frontier areas of Sikkim. However, again this process is not very strict for tourists and even your tour operator can get it if you provide them a scanned copy of your ID and Passport. Following areas in Sikkim need permits.

Tourist permits in Northeast for foreigners is called PAP in Arunachal but in Sikkim the term ILP is also used. As usual, don’t get confused by the names and focus on the task.

Foreign tourists need PAP to enter Arunachal. You can get them made in Delhi, Kolkata or Guwahati offices. However, the most hassle-free way is to get them done through a registered tour operator. I found a list of such registered operators in Arunachal here. However, I am not sure how updated this list is. It costs $30 to apply for the same. As far as I know, the online eILP, which is available for Indian tourists, is not available for foreign tourists as of now.

Foreign nationals can get RAP for Sikkim at designated offices in Delhi, Kolkata, Siliguri, as well as Bagdogra Airport, which is in Bengal but is the nearest major airport to Sikkim. Permits in Sikkim are generally free of cost.
They can also take the help of registered tour operators to get this done.
Apart from the general permit, you will still need additional permits to visit the protected areas
All these additional permits you can get from the designated office in Gangtok but that takes the whole day. So, it is better to pay a local tour operator to get this for you while you go for local sightseeing in Gangtok.

Reporting for Foreigners in Manipur & Mizoram

In Manipur and Mizoram, while there is no need for any permit, Foreigners are supposed to register themselves at the designated Foreigners Registration Officer (FRO) of the State within 24 hours of arrival.

How to Get Manipur ILP (Inner Line Permit)?

How to Get Nagaland ILP Online?